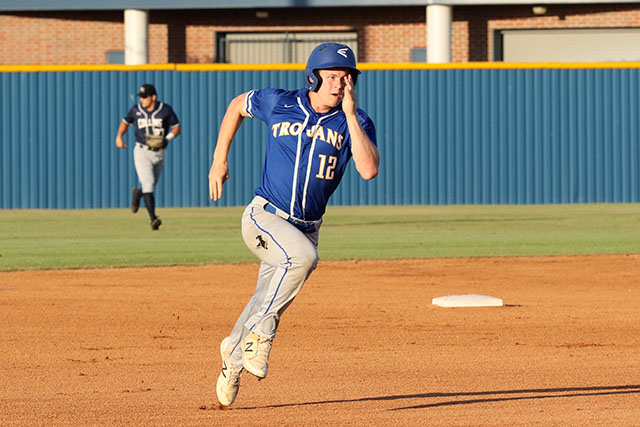 Both teams were strong on the pitcher’s mound Thursday, but Trojans defeated Klein Collins 2-1.

Trojans fired up the offense in the first inning, when Carter Raney doubled on a 0-1 count, scoring one run. Coy Fullmer put on his jets, helping the Trojans score first.

Ben Kurio earned the win for Trojans. He went six and a third innings, allowing one run on six hits and striking out five and only walking three batters. Ben Caven threw two-thirds of an inning in relief out of the bullpen.

Chris Benavides led things off on the hill for Klein Collins. He allowed nine hits and two runs over seven innings, striking out seven.

Trojans had nine hits in the game. Raney and Andrew Mitchell all had multiple hits for Trojans. Raney led Trojans with three hits in three at bats. Trojans was sure-handed and didn’t commit a single error. Mitchell made the most plays with six.

Mason Tomchesson went 2-for-2 at the plate to lead Klein Collins in hits.